“JFK” will begin airing today on both TV and digital and will air nationally on cable and in key states: Colorado, Iowa, West Virginia.

JCN’s first three ads—“Follow the Precedent”, “From Her”, and “Stop the Bigotry” — appeared on TV and digital, and aired nationally on cable and in key states including Colorado, Iowa, Maine, North Carolina, Utah, and Washington D.C.

Statement from JCN President Carrie Severino:
“Democrats should take some advice from John F. Kennedy and stop attacking people of faith.  Religious tests were wrong 60 years ago and they are just as wrong today.” 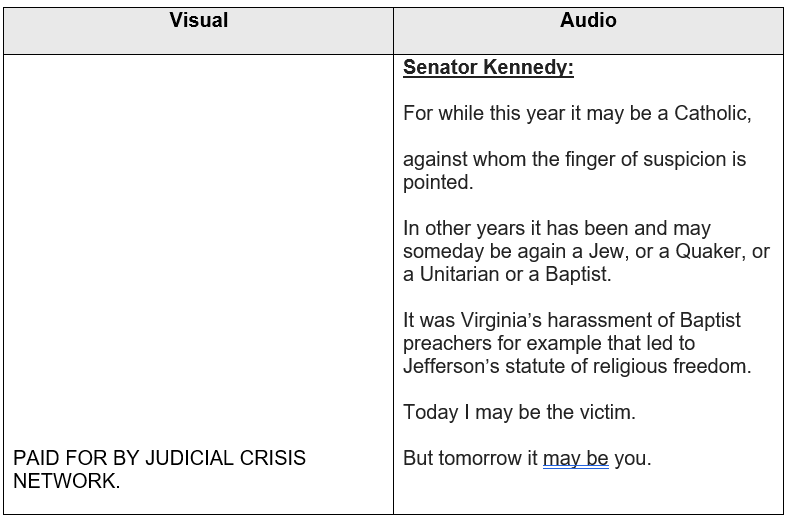 © 2020 JCN. All rights reserved.  A project of the Judicial Crisis Network