THE CASE FOR CONFIRMATION

Judge Barrett is exceptionally qualified, committed to the Constitution, and should be confirmed without delay.  Judge Barrett is grounded in faith and family.  She’s a role model for young women across the country.

Democrats oppose Judge Barrett—instead of supporting her like they did O’Connor and Ginsburg—because they are beholden to extreme liberals who are burning down our cities and ripping apart the fabric of our nation. 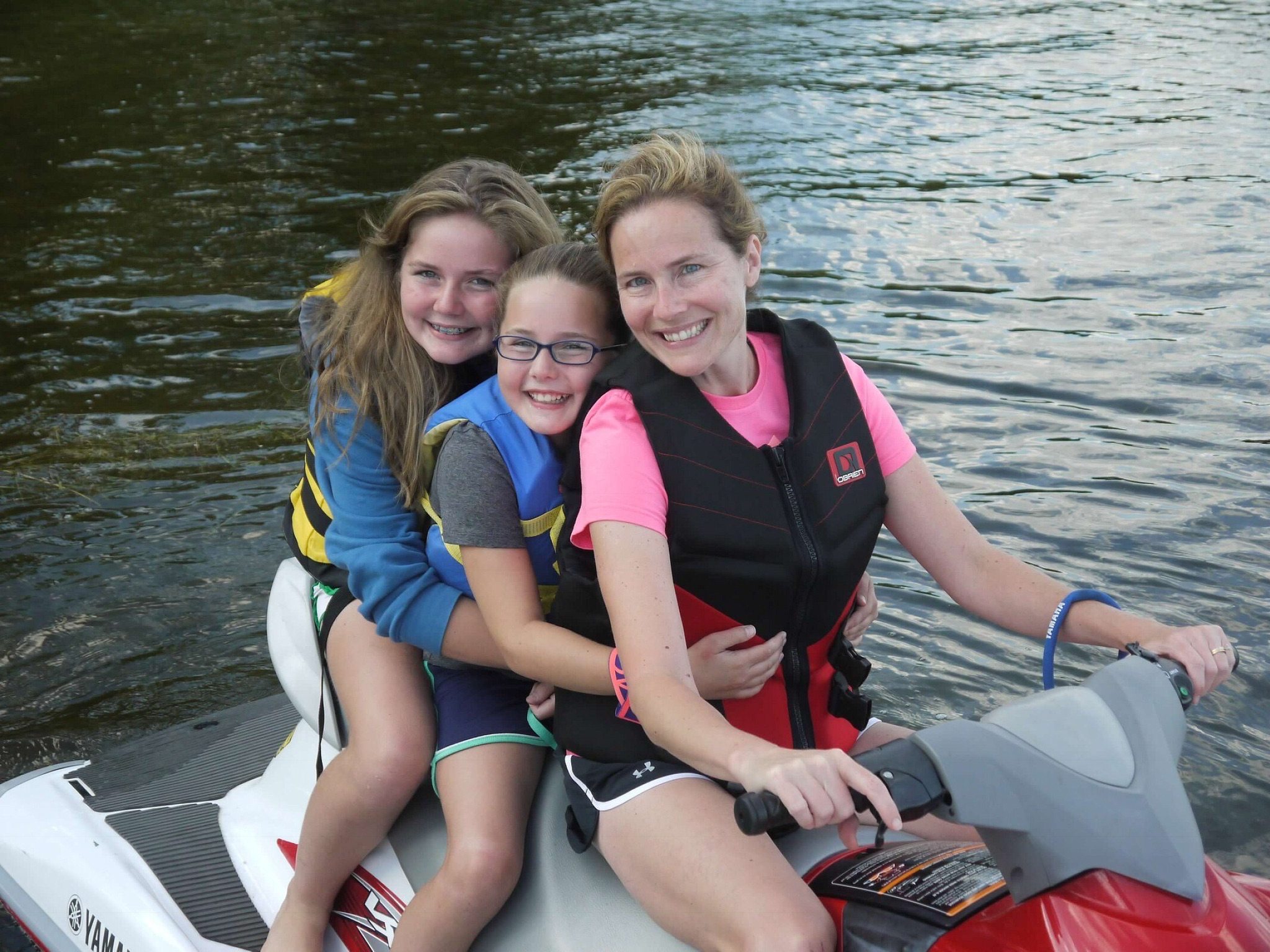 Judge Barrett is a top legal scholar and is exceptionally qualified to serve on the Court.

Judge Barrett is committed to the Constitution.

Judge Barrett is a role model for young women across the country.

Judge Barrett should be confirmed without delay.

Democrats oppose Judge Barrett because they are beholden to extreme liberals who are burning down our cities and ripping apart the fabric of our nation. 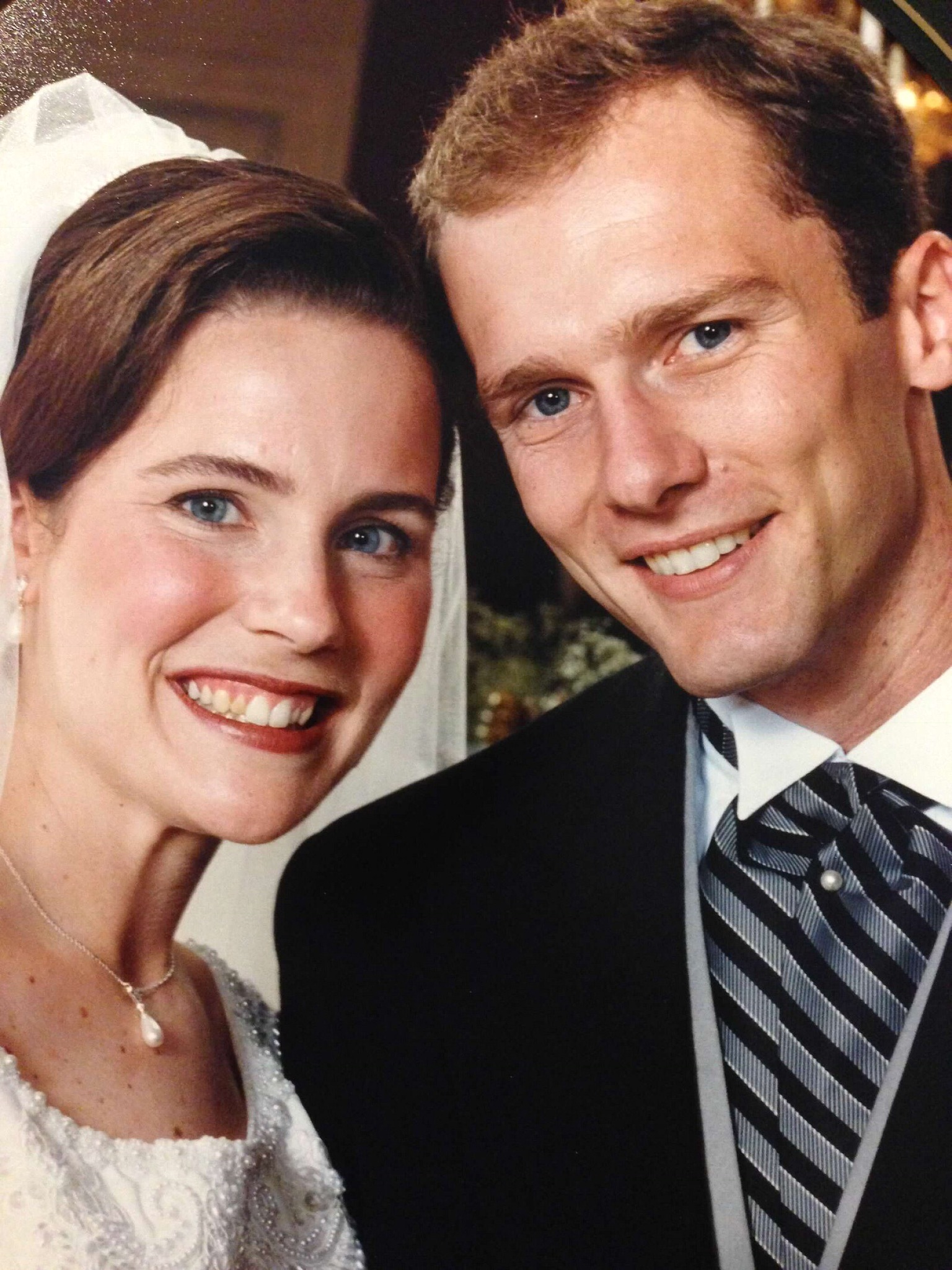 Judge Barrett has consistently defended the religious liberties of all Americans.

In Grussgott v. Milwaukee Jewish Day School, Judge Barrett joined a unanimous opinion holding that it was appropriate to defer to a Jewish school’s own determination of which of its employees is “ministerial” for purposes of the First Amendment’s protection of the free exercise of religion.

In Schlemm v. Carr, Judge Barrett joined another unanimous opinion holding that a Native American prisoner was entitled to a reasonable accommodation of his faith in which prison officials would provide him with game meat that he needed for certain religious ceremonies.

Judge Barrett has consistently stated her fidelity to the Constitution of the United States. When Senator Sheldon Whitehouse challenged Judge Barrett on whether her Catholic faith and her adherence to Catholic social teachings would impact her rulings in cases, especially those involving members of the LGBTQ community, Judge Barrett responded:

Consistent with the views articulated in my writings and public statements, including my testimony at my hearing, I do not think it lawful for a judge to impose personal opinions, from whatever source they derive, upon the law. If confirmed, I will apply the law faithfully and impartially in accordance with the judicial oath.

As former Chairman of the Judiciary Committee and Chairman of the Finance Committee today, I have to say that we stoop pretty low if we start to raise questions of religious belief before somebody can serve on the federal judiciary. Now I hope that that type of questioning will hit the dustbin of history, where it belongs. Amy Barrett is a very qualified person. She should not be disqualified because she has a firm religious belief . . . I really resent the application of a religious test because she’s devout in her faith. You can be devout in your faith and still uphold the law, even sometimes when you disagree with the law.

Archbishop William Lori of Baltimore, who serves as the chairman of the U.S. Conference of Catholic Bishops’ Ad Hoc Committee on Religious Liberty, denounced Senator Dianne Feinstein’s line of questioning during which she told Judge Barrett, “the dogma lives loudly within you, and that’s a concern”:

America has a strong and venerable tradition of pluralism that respects all religious views. In this context, this week’s hearing before the U.S. Senate Judiciary Committee is deeply disappointing. Rather than simply consider the professional achievements of a nominee for the federal judiciary, multiple senators challenged her fitness to serve due to her Catholic faith.

HONORING THE CONSTITUTION: TEXTUALISM, ORIGINALISM AND THE RULE OF LAW

Evan Bernick, a visiting lecturer at the Georgetown University Law Center and a fellow of the Georgetown Center for the Constitution, describes Judge Barrett’s jurisprudence this way:

Like Justice Gorsuch and the late Justice Scalia, Judge Barrett is a textualist. Her scholarship stresses the importance of interpreting constitutional and statutory provisions consistently with the original public meaning of their text—the meaning that an ordinary member of the public would attach to their constituent words and phrases in context—and declining to depart from that public meaning when it’s clear.

Judge Barrett believes in enforcing the separation of powers between our three branches of government, and in preserving the President’s authority over the Executive Branch bureaucracy.

In her writings, Judge Barrett has consistently rebuffed calls from both the left and right for a more activist judiciary, stating instead her view that judges should “uphold the Constitution—nothing more, nothing less.”  The Constitution’s separation of powers is important, in her view, because “[c]ourts are not always heroes and legislatures are not always villains. They are both capable of doing good, and they are both capable of doing harm.” Countering the Majoritarian Difficulty, 32 Const. Comment. 61 (2017). She emphasized that “it is illegitimate for the Court to distort either the Constitution or a statute to achieve what it deems to be a preferable result.”

Judge Barrett respects the Second Amendment.  Applying the text, history, and tradition of the Constitution, Judge Barrett wrote a dissent in Kanter v. Barr arguing that the government had no power to ban non-dangerous individuals from possessing guns.

REINING IN THE ADMINISTRATIVE STATE

Judge Barrett has ruled against regulatory overreach by administrative agencies.

In Orchard Hill Building v. U.S. Army Corps of Engineers, Judge Barrett joined an opinion refusing to give deference to an Army Corps of Engineers decision classifying a landowner’s property as “jurisdictional waters of the United States” under the Clean Water Act.  The three-judge panel held that the Army Corps’ decision “lack[ed] record support or explanation.” This decision reflects a proper willingness to hold administrative agencies to their burden when they seek to regulate private conduct. The court emphasized that it refused to be a “rubberstamp” for anything done by a federal agency.

In Humphrey v. Trans Union, a lending company urged the court to defer to the Department of Education’s interpretation of a regulation in a dispute involving an individual who sought to discharge his student loans because of his disability.  Judge Barrett joined a unanimous opinion that declined to defer to the agency’s interpretation because its reading would be “plainly erroneous” and “inconsistent” with the actual regulation, which was clear.